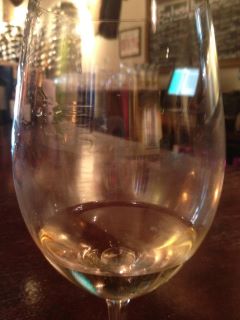 I do like French wine, despite the fact that I often tell people who love them that “its swell I tell you, swell.”  It’s definitely not swell; in fact the French make excellent wine. My problem is that they no longer make the greatest wines in the world, but you would never know that from listening to the French or people who love French wines. And that’s the rub!

American wines, especially those from California have consistently won in blind taste test after blind taste test, ever since they beat the French in a blind tasting in 1976. And the “Judgment of Paris” had eleven judges of which nine were French, and only the French judges scores counted! And the 1976 results have been repeated time and again all over the world.

So for the next two weeks…his blog was way too long for just one week…Paul writes about wine from the Southern Rhone Valley of France. I think you'll enjoy what he has to say and along the way, maybe you'll even learn a little about French wines.

So sit back with a glass of French wine and enjoy the whimsical ramblings of the “Continental”…I mean Paul!  I’m kidding ok,  I’m only kidding! 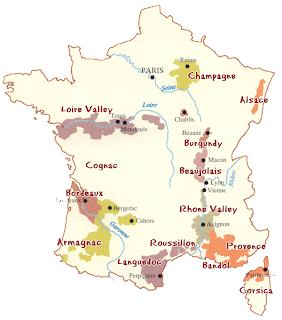 The sun-drenched wine producing regions of the Provencal southern Rhone Valley, which lie mostly to the north of the walled medieval city of Avignon, are where the Grenache grape reaches its greatest heights on the planet.


While the better-known Syrah grape fashions the celebrated red wines of the northern Rhone (Hermitage and Cote Rotie), it is relegated to being a blending grape in the hotter south. Although there are at least two dozen legally permitted red wine grapes in the south, the top wines are typically a concoction of Grenache, Syrah, Mourvedre, and Cinsault.


The star appellation of the south is Chateauneuf du Pape, although the nearby village of Gigondas also churns out fabulous juice. Until recently, even the top wines were underappreciated and therefore underpriced and although this is no longer the case, they still represent some of the world’s best values in fine wine. They are often wines of great richness, power and complexity and are amazingly food friendly.


This summer, be sure to break out a Rhone Valley red the next time you throw something on the grill. These wines also pair well with roasted meats, wild game, and stews. 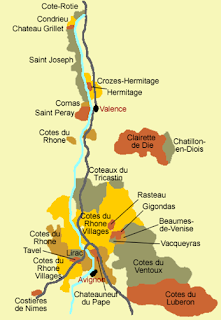 The vintages are remarkably consistent in the south. In the thirteen vintages between 1998 and 2010, eleven were excellent to exceptional and only one year (2002) was really bad. The strong track record in this region is due to factors such as the Mediterranean influenced hot dry weather and the strong Mistral winds that blow in from the north that mitigate the effects of rot.


The perfume of Provencal herbs is everywhere, so it should come as no surprise that the grape skins absorb them and impart notes of lavender, thyme, and rosemary in both the nose and palate.


Moreover, the Grenache grape provides flavors and scents of kirsch liqueur, black, red, and blue fruits, pepper, and licorice. Syrah adds structure to the wine and can provide additional berry characteristics along with smoke, coffee, and wood. Mourvedre also adds backbone to the wine and introduces an earthy characteristic along with aromas of leather and mushrooms. Cinsault increases the fruitiness of the wine and adds floral and nutty aromatics.


Next week I will mostly focus on the less glamorous, less expensive appellations because in recent vintages, the quality level of these wines has soared and merit serious attention.


Please Add Your Comments Below & Join Our Blog on the Top Right Side of This Page. And You Don’t Have to Live in Munger Place to Join, So Please Join if You’re Enjoying Our Wine Blog!!!

Posted by The Neighborhood Wine Porch Party at 9:11 AM 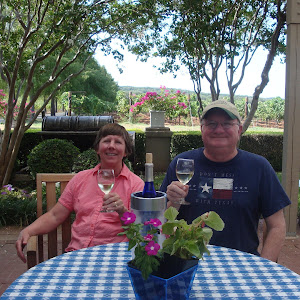 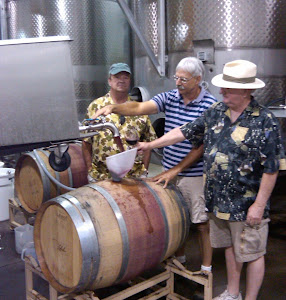 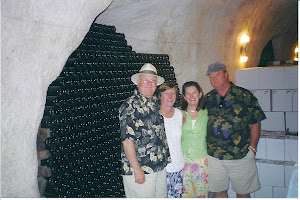 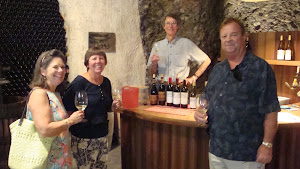 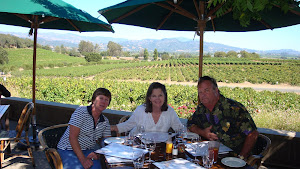 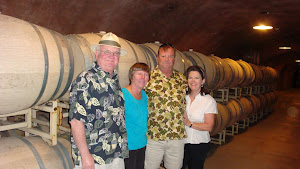